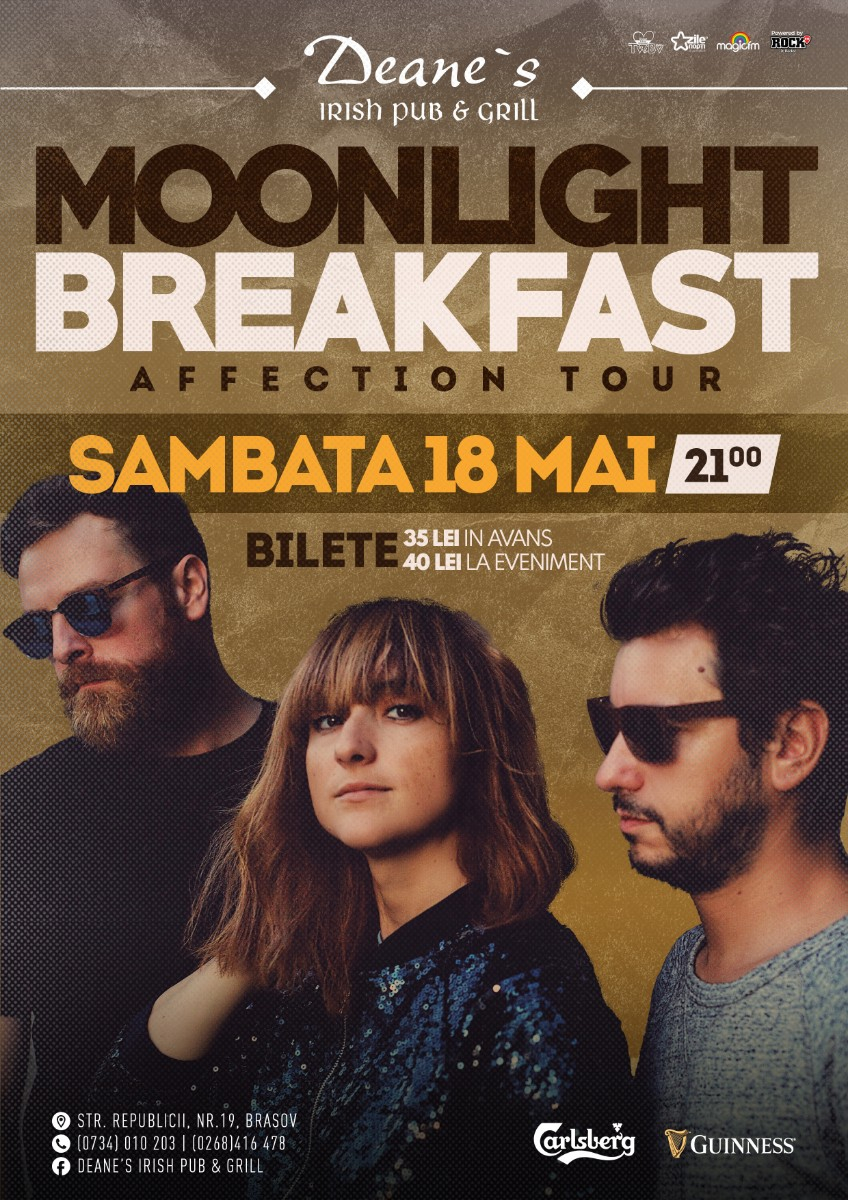 Moonlight Breakfast is that urban, rough but sophisticated mix of Electro, Beat, Nu-Jazz and Swing that will keep you grooving. Bazooka’s music education and vast performing experience provided a unique perspective on music production. Their distinctive sound has managed to capture the attention of a broad and diverse audience and has pushed them into the spotlight on the international music scene.

Their first concert ever was in 2011, for an audience of 35.000 people, opening for Jamiroquai. Awarded “Best Music Band” at the Elle Style Awards, they were named “best music act for export” by the music director of the top alternative radio station. They have spent the past 7 years performing throughout Europe and building up their constantly growing fan base.

They have a spectacular 3D video mapping show that complements their performance and they are talented multi-instrumentalists, so there is a lot going on on stage that you simply must see!

Live performing has always been the focus of the band, which is obvious not only from a musical perspective, but from the attention to detail and the elaborate visual experience that their show provides. Their circle shaped screens have become a trademark of a Moonlight Breakfast Concert in the 6 years since they started performing.